Behind their glamorous appearance, Indias temple elephants are suffering tremendously. The Gentle Giant Summit will bring positive changes for these iconic animals. It will take place from 15 to 17 November 2019 in Trivandrum, the capital of the Indian province of Kerala. Future for Elephants e.V. supports the funding of this vital event. We have published a donation appeal on betterplace.org at short notice to support the financing of the Gentle Giant Summit.

Asian elephants are on the brink of extinction. There are only 35 000 left on the planet, 27 000 of them are living in India. But the Gentle Giants are in serious trouble there: They are brutally expelled from their habitats or caught illegally from the wild for commercial exploitation. Bulls are slaughtered because of their ivory. The desolate situation of the world-famous temple elephants was made public in a movie by Sangita Iyer, who was born and raised in Kerala. “Gods In Shackles” shows the cruel reality behind the glamorous cultural festivals and the suffering of the iconic elephants. 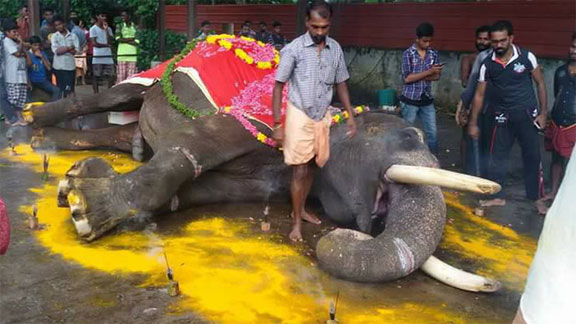 But recently we have seen clear signs of a breakthrough – the tireless lobbying of government officials seems to have paid off. Sangita and her organization Voice for Asian Elephants launched a campaign for a Gentle Giant Summit in October/November 2019 that will bring together stakeholders, government agencies, veterinarians and elephant experts to engage in dialogue and figure out ways and tools to enforce existing laws and efficiently protect elephants. First steps have already been taken: Four elephants have been confiscated in 2018 in Kerala, and hefty fines have been slapped. 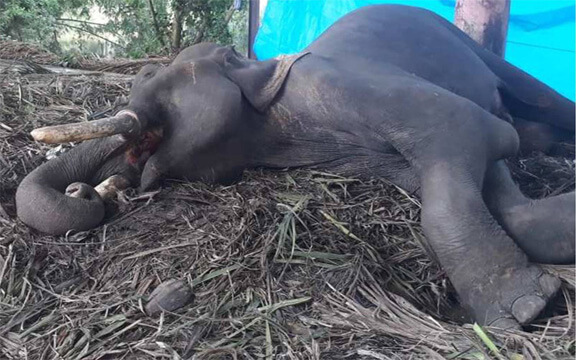 The number of asian elephant bulls is declining rapidly. Many are slaughtered for the illegal ivory trade, others are snatched from the wild, brutally broken and transported illegally to cultural festivals all over the states. Among the 27 000 wild elephants in India, there are only 1200 male elephants left – a gender imbalance that will further jeopardise the survival of the species.

In 2018 alone 34 captive elephants have died in Kerala, due to brutal abuse, overwork and disastrous treatment and keeping conditions. The Gentle Giant Summit aims to establish and improve communication and cooperation between decision-makers, authorities and temple officials so that existing laws to protect elephants can be enforced. Veterinarians and elephant experts will also be part of the forum.

With our non-profit organization Future for Elephants we would like to support the Gentle Giant Summit as a unique chance to improve the situation of elephants and work towards an end of elephant captivity in temples and otherwise. As a next step, sanctuaries are going to be established, where elephants confiscated by forest authorities will find new homes.