Elephant rescue on the movie screen

"Love & Bananas" and Lek Chailert are coming to Germany! The documentary about an adventurous elephant rescue will take place in August in three venues in Berlin, Hamburg and Munich. Lek Chailert will be present in person and answer questions after the film. The film is shown in the English original with English subtitles. All cinema tickets can be purchased via deinkinoticket.de/love-bananas/tickets/.

SAT1 reported on the screening on 21.08.2019, including an interview with Lek Chailert.

Get your tickets in time and bring friends with you! 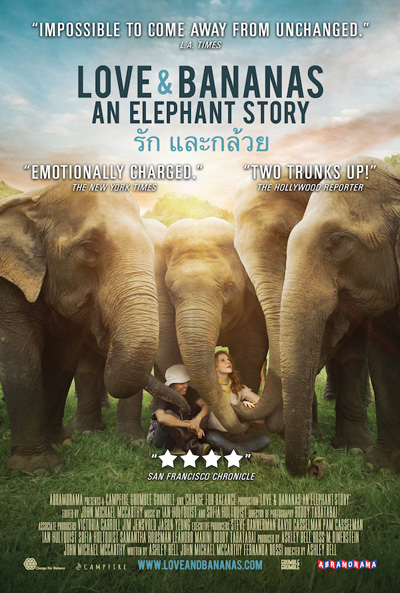 Lek Chailert – raised in a mountain village in the north of Thailand – is internationally regarded as an icon of elephant and animal protection. It has saved thousands of animals – including more than 200 elephants –, defied the aggressive elephant business and caused a tremendous change of consciousness. The documentary "Love and Bananas", which has already been shown successfully in the USA and in Australia, gives a fascinating insight into her work.

For her work, the "Elephant Whisperer" has won several international awards: TIME Magazine lists her in the "Heroes of Asia" list, and Hillary Clinton named her one of six "Women Heroes in Global Conservation" in 2010, the Ford Foundation has honored her as "Hero of the Planet". In 2017, Lek Chailert spoke to the UN in New York.

"Future for Elephants" supports Lek Chailert and the Foundation "Save Elephant Foundation" founded by her. In cooperation with cinemas in Berlin, Hamburg and Munich, we have organized special screenings of the film, in which Lek Chailert will be present in person. "Love and Bananas" is a film that touches, gives hope and shows that every single person on the planet can make a difference.

The film documents an adventurous mission: the camera accompanies Lek and director Ashley Bell across Thailand to rescue the battered elephant lady Noi Nah from a trekking camp. Some scenes document the harsh reality of elephant tourism and the dwindling habitat of animals. The fact that any elephant who performs circus tricks or walks tourists has suffered beforehand the violent "Phajaan" procedure, was previously hidden from the public. With secretly filmed footage, Lek Chailert brought this to the public eye and got death threats – but also set an avalanche of change in motion.

For a growing fan base around the world the Elephant Nature Park developed by Lek unfolds almost magical attraction. In the idyllic river valley, the 57-year-old has impressively realized her vision of the peaceful coexistence of humans and animals. Lek Chailert was the first member of her tribe to study and promote the education of women and children in her ecologically oriented projects. The Thai woman embodies a new awareness in relation to nature and other living things, which is highly relevant against the background of species extinction. 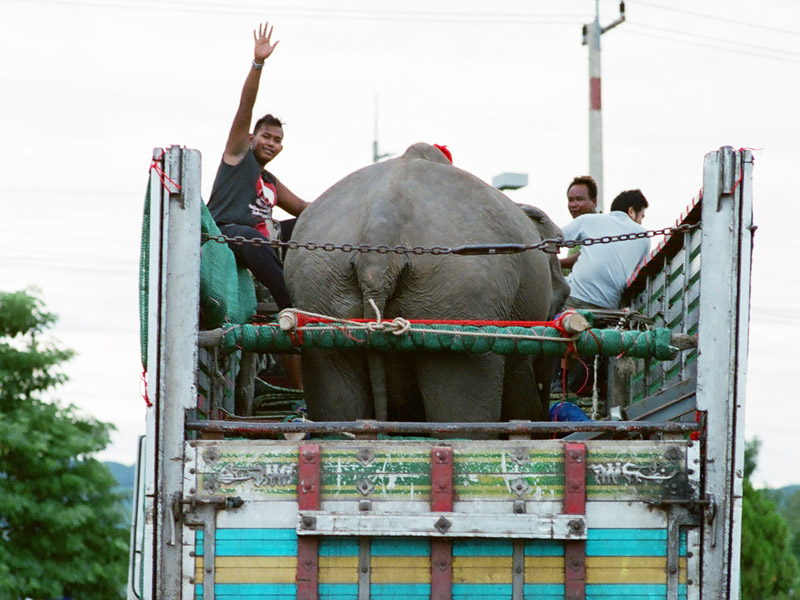 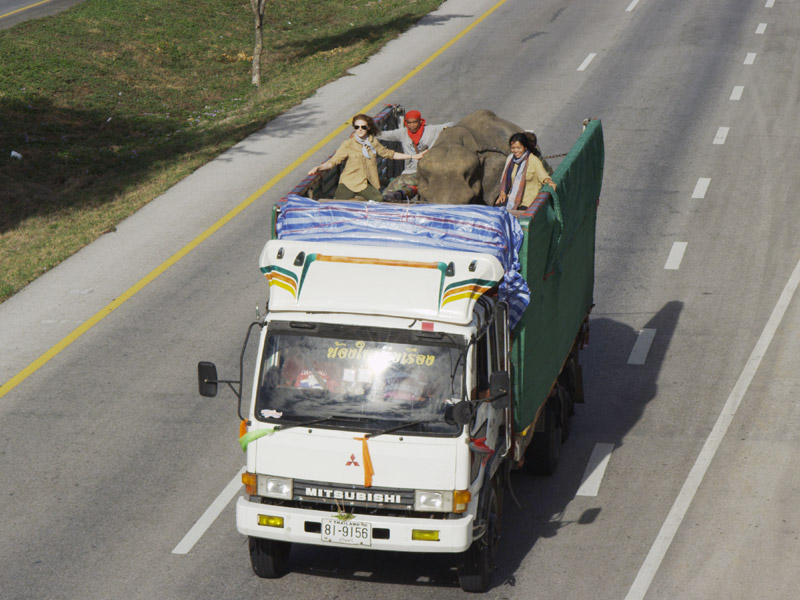 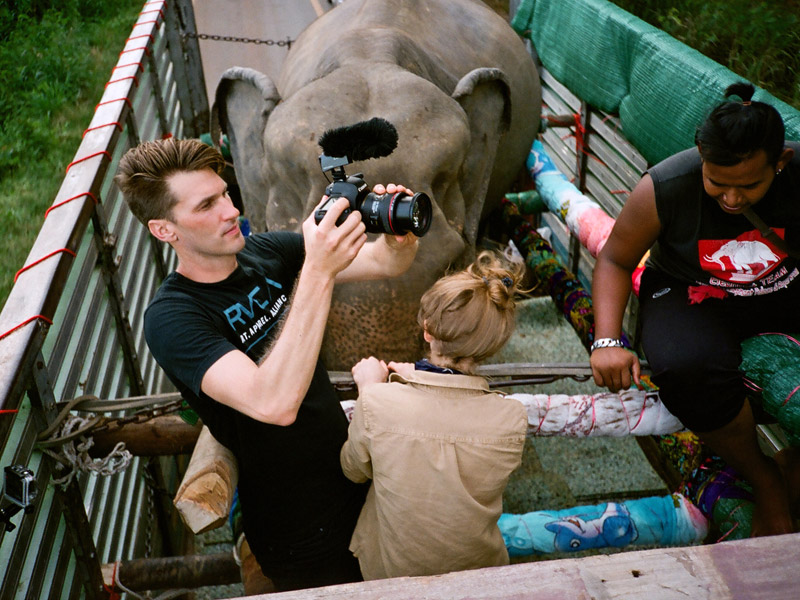 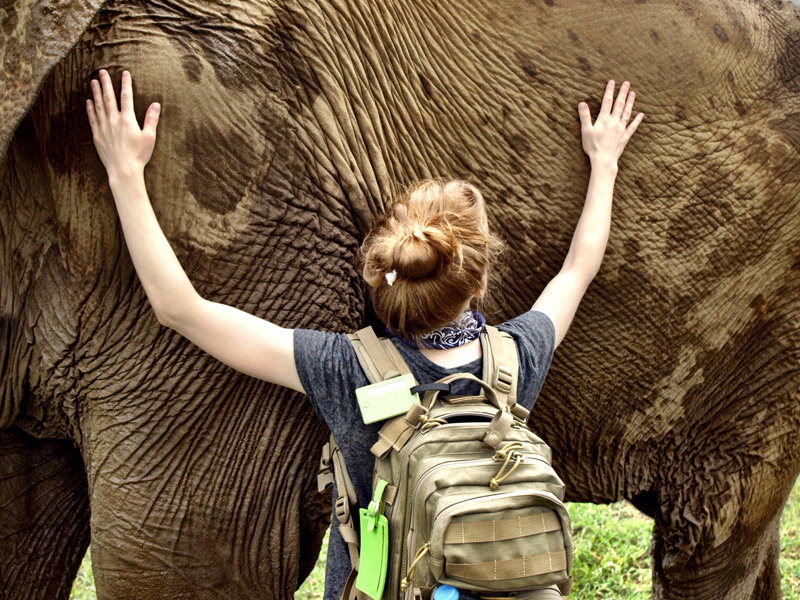 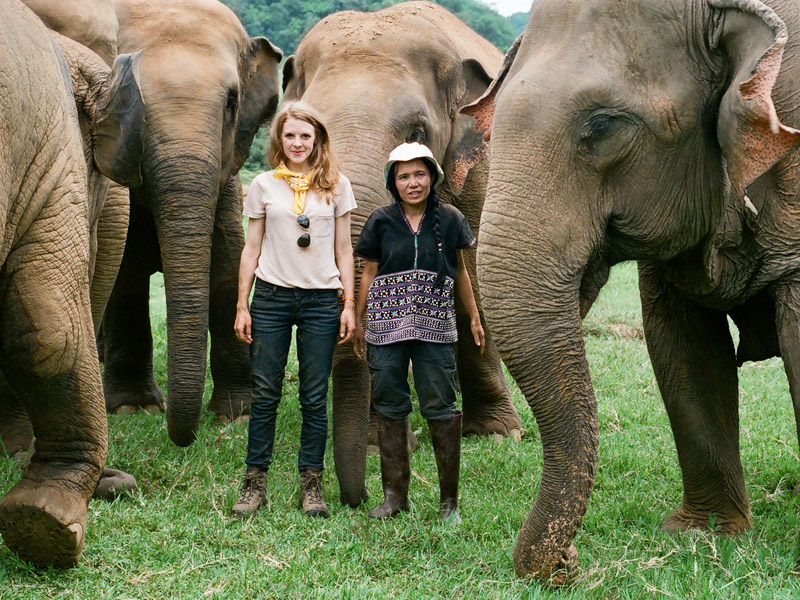 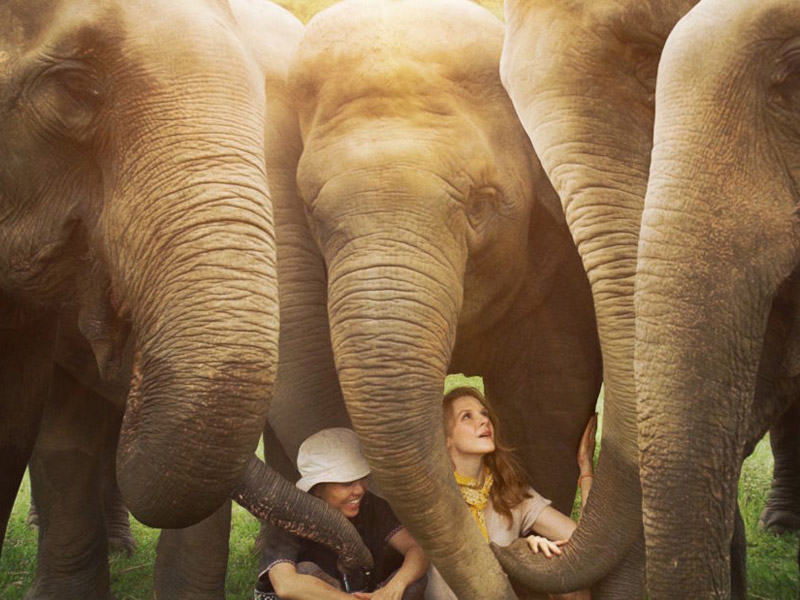 Reports on the movie premieres organized by Future for Elephants in Berlin, Hamburg, Munich

The sad business with the tender giants
Report on Lek Chailert on the occasion of the film premiere of "Love & Bananas" in Berlin, published on 23 AUgust 2019 in Tagesspiegel

Thankful pachyderms
Film tip of the day for the documentary "Love & Bananas", published on 22 August 2019 in Süddeutsche Zeitung

"Love & Bananas": documentary shows tragic elephant existence in Thailand
Report on the screening in Hamburg, broadcast on tv on 21 August 2019 in SAT1

Information about the movie

The trailer for the movie:
www.youtube.com/watch?v=w4oDRpAqe1g