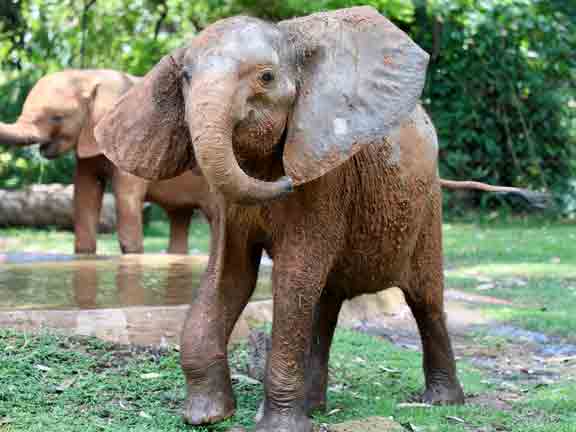 A fisherman on the banks of the Zambezi River became aware of the lonely little Sally. Apparently, she had a serious injury on her ear, which she tried to clean in the crocodile-infested river. Immediately, a report including a photo was sent to the relevant authorities. Zimparks immediately gave permission for a relief operation. However, the area where little Sally was staying was of great concern to the ZEN team. The proximity to water, deep sand and marshland could make rescue difficult. 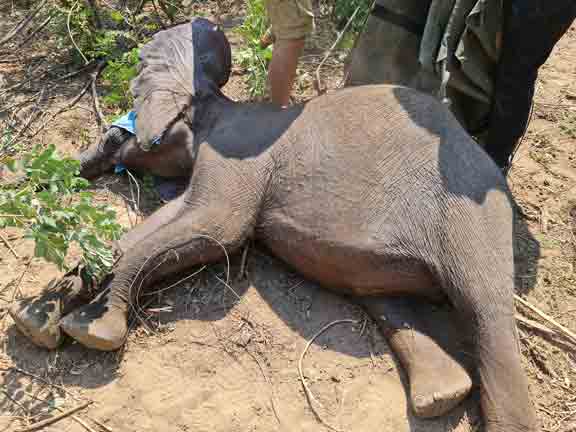 By the time the ZEN team arrived at Chirundu, park rangers and a ground team from Rukuru Concession were also already on site. With a temperature of about 40 degrees Celsius, they located the badly injured and extremely shy calf. The anesthesia worked quickly and the nervous elephant girl fortunately fell to solid ground.

The severe injury to the ear was caused by a thick loop of cable that bored deeper into the flesh with each movement, nearly amputating the ear. Deep bite marks on her torso and legs suggested that she had also been attacked by hyenas. Given her poor physical condition and already infected wounds, all was not well for Sally. The snare, which had burrowed deep into her flesh, was successfully removed on the spot. But for further wound treatment the little one had to be brought to ZEN as soon as possible. Immediately the Nursery started with the medical treatment. After about 4 hours, the anesthesia could be lifted.

The other elephants, who had already been in the barn since Sally's arrival, were very excited and worried. They greeted and sniffed the new calf with rumbling and jostling. While the starved Sally was taking in her new family, she was already starting to eat hay and grass. 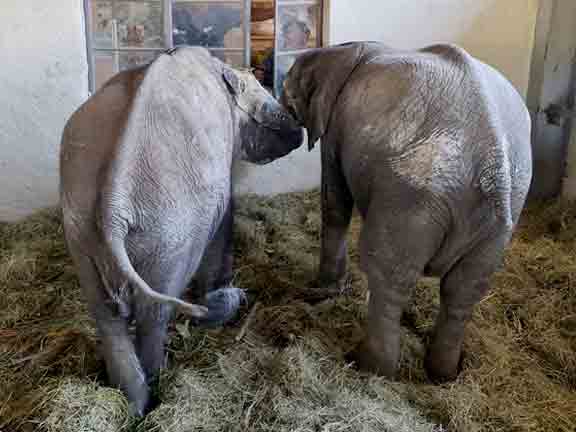 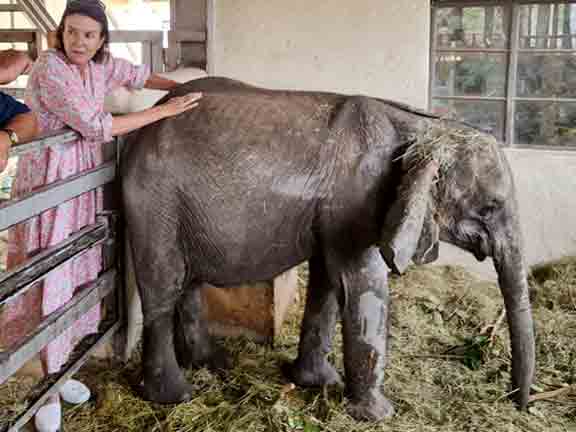 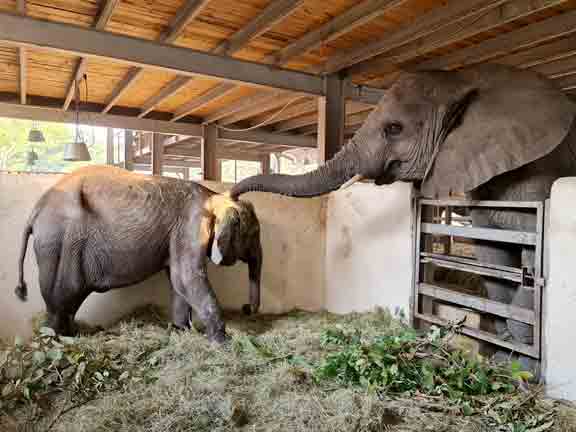 Because of the quick treatment and loving care, Sally is doing much better. She is a resolute and brave little elephant, sometimes wild, but with beautiful eyes and forgiving nature. Sally loves to swim and has adapted well to the other elephants. She has made friends with Kadiki, who won't leave her side. The 2 little elephant girls will stay in the boma area for now until Sally has properly acclimated and it is safer for her to accompany the herd into the bush.

Moyo has also taken Sally to her heart immediately and is finding it difficult to leave the two elephant girls behind in the Boma area.

Wire snare poaching is a very brutal way to kill, causing immense suffering to the animals. "This incident has increased my horror and anger," says Roxy Danckwerts, founder of ZEN Nursery. "But we believe Sally will fully recover and become an excellent candidate for reintroduction."

You are welcome to sponsor Sally. More about the project:
ZEN / Care For Elephants